AUGUSTA, GA (Anibal Ibarra) - Once considered a park that celebrates the legacy and aspirations of the oldest Black church in the United States, honoring the historic Springfield Baptist Church, the landscaped setting for two important sculptures by Richard Hunt is near an eyesore. The highlight of the park, the "Tower of Aspiration," a 45-foot stainless steel sculpture, due to the lack of maintenance in the 2.5-acre park looks more like a place of desperation.

Mayor Hardie Davis requested for more power six month ago at the park and since then he didn’t move forward in his aspiration and the deterioration of the park is noticeable. 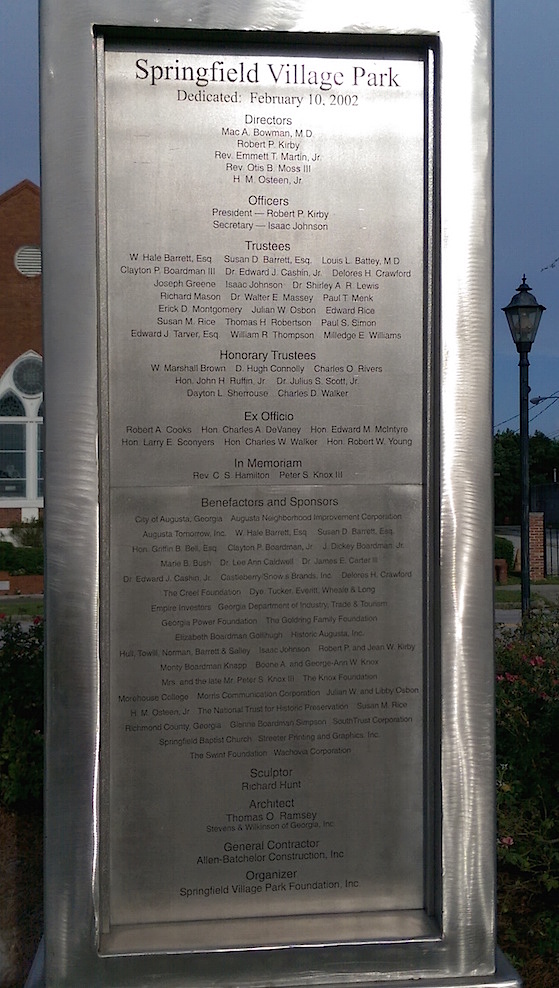