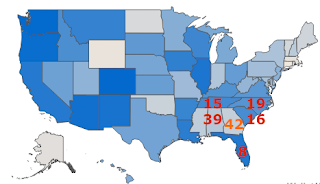 With July tending to be the month with the highest energy consumption and summer being the season that most Americans relocate to start a new family or career, the personal finance website WalletHub followed up on its analysis of the Best & Worst Cities for Families with an in-depth look at 2015's Most & Least Energy-Expensive States.

To help consumers gauge their energy expenses relative to where they live or plan to move, WalletHub compared the average monthly energy bills in each of the 50 U.S. states and the District of Columbia. We used eight key metrics to examine the consumption rates and prices of four different energy types: electricity, natural gas, motor fuel and home heating oil. 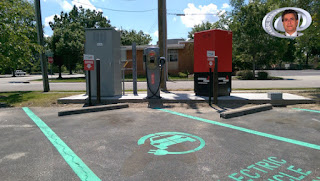 Amazon.com announced that it would purchase the electricity from a new wind farm in North Carolina. In response, Greenpeace released the following statement from Senior Climate and Energy Campaigner David Pomerantz:

“This wind deal confirms two things: First, that Amazon is serious about its goal to power with 100% renewable energy, and second, that utilities and state governments better get equally serious about providing renewable energy if they intend to win more business from the biggest companies of the internet economy.

“Amazon deserves praise for helping to catalyze the first wind farm in the Southeast, and Amazon Web Services customers should feel good knowing that AWS is listening to their requests for more renewable energy.

“However, there’s a catch: While Amazon is now competing with Apple, Facebook and Google in the race to build a 100% renewably powered internet, it still lags far behind those companies for its lack of transparency about its energy use with customers and the public. Given the progress that AWS has made with its new wind and solar farms, it’s a wonder that Amazon still has yet to publish data to its customers or the public about its energy footprint.

“Without publishing information about its energy usage, crucial questions remain unanswered about this deal, including:

Will the power from this North Carolina wind farm be delivered to the utilities that provide electricity to Amazon’s data centers in Virginia? Without an answer, AWS customers can not be certain that the wind energy is displacing the gas, coal and nuclear energy powering those data centers. More information is needed especially because Amazon’s main utility provider in Virginia, Dominion, is pursuing expansions of gas and nuclear power plants, justified by the growth of data centers like Amazon’s.
How much of Amazon’s electricity use will actually be covered by this new wind farm? Amazon still has yet to disclose the energy use of its data center regions or its total footprint, unlike many of its peers. Until Amazon’s does so, customers will be unable to gauge just how much of a dent the wind or solar farms are making in its energy and carbon footprints."

Greenpeace will update Amazon's scores from its most recent Clicking Clean report later this year, and provide further analysis of how Amazon can embrace greater transparency and move faster toward its goal of 100% renewable energy.