You Have the 'Right' to Be Detained

AUGUSTA, GA (by Rocky Eades) - Jason and I were going out to the Pilot truck stop on Riverwatch at I-20 at about 1AM in the morning of Friday, April 26 to get him a phone charger. Coming down Alexander Rd, we came across what looked like a traffic accident down at the intersection of Riverwatch. Within about a block of it, I made a legal u-turn and headed back from whence we came in order to avoid a delay due to an accident backup.

Congress Could Repeal Obamacare for themselves


WASHINGTON, D.C. - U.S. Congressman John Barrow (GA-12) today sent a letter to the House leadership criticizing backroom negotiations that led to the repeal of provisions in the STOCK Act and discussions about possibly exempting members of Congress and Congressional aides from the Affordable Care Act. UPDATE: STOK Act was repealed with no time to waste by both chambers and signed by President Barack Obama on April 15, tax and the Boston Marathon explosion day. Why social issues always take decades to pass, such as the Affordable Care Act or the never ending discussion about immigration laws? 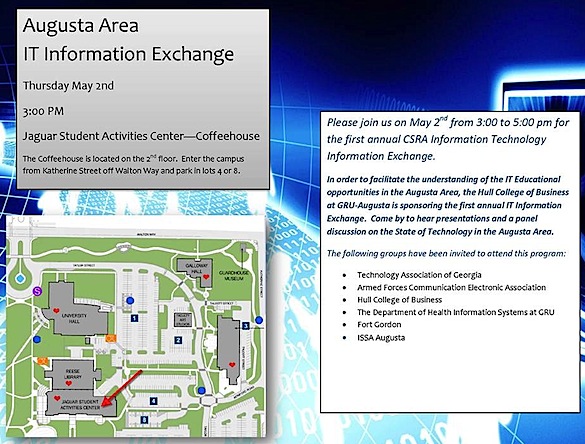 May 1 Deadline for Hispanic Farmers to File Claims

The United States Government is establishing a Claims Process to make available up to $1.33 billion or more to farmers who alleged discrimination by the U.S. Department of Agriculture (USDA) based on being female, or based on being Hispanic, in making or servicing farm loans during certain periods between 1981 and 2000.
Read more »
Posted by Unknown at 12:32 AM No comments:

Torture In Your Backyard

No Crime But Punished


Clarence Harrison was exonerated in 2004 after serving more than 17 years in Georgia prisons for a rape he didn’t commit. He had sought DNA testing since 1989 and tests finally proved his innocence after he became a client of the Georgia Innocence Project (GIP) in 2003.

AUGUSTA, GA - Censured locksmith Commissioner Joe Jackson should be awarded with the key of the city. He is probably the most honored member of the city government, for his dedication in building his company with taxpayers money, and for doing the less so Columbia county can get the most of the projects with the T-SPLOST. Even though Columbia county didn't pass the referendum he still should be given the key by the neighboring government.
Read more »
Posted by Unknown at 8:06 PM 2 comments:

AUGUSTA, GA - I wanted to ask about the new Pope to Angel Cabrera, from Argentina, and to the golfers from Spain, José María Olazabal, Sergio García and Gonzalo Fernández-Castaño, what they think when in March, interior minister Jorge Fernández Diaz remarked that gay marriage should be banned because it doesn't guarantee the "survival of the species." Also I wanted to know their impression about the 2005 Spanish government granting work permits to nearly 700,000 unauthorized immigrants. 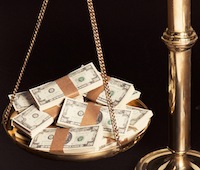 A New York judge has approved Bank of America's (BAC) $2.43 billion settlement of a class action lawsuit brought by shareholders over the company's acquisition of former competitor Merrill Lynch. Meanwhile, Trayvon Martin’s parents have settled a wrongful-death claim filed against the homeowners association of the subdivision where their son was killed.

T-Mobile has been talking the talk; now it’s walking the walk. The company, known for its “Un-carrier” attitude, announced a series of moves to address consumer frustration with the unnecessary cost and complexity of wireless.

Augusta, a Bus Without Responsible Driver

AUGUSTA, GA - At this point nobody knows who is responsible for anything or everything in the Richmond County government. When the question of who wrote a letter of compliant, considered by commissioner Marion Williams as a "written lie," there was a smooth dance on the floor of the Commission meeting, and the question was passed to several departments going back to the commissioners without answer.
Read more »
Posted by Unknown at 12:42 AM No comments: