On August 6th will take place a gathering of youth, families and allies from across the region to call for a facility wide review of the Broward Detention Center, and to ask that all low-priority deportations there be deferred just like that of Enrique.

ATLANTA, GA - Dr. Jill Stein will be in Georgia next week, most likely  arriving the evening of August 2 and staying through most of August 3. The Georgia Green Party (GGP) has a viable local Green candidate in Atlanta for the state legislature who has been petitioning for ballot access. The Green Party presidential candidate will be an incentive for the needed verified signatures of almost 1600 registered voters that will put Kwabena Nkromo on the ballot in November.

ATLANTA, GA – Georgia civil liberties and community-based organizations yesterday joined organizations from around the country to renew their calls on Immigration and Customs Enforcement (ICE) to end 287(g) in Georgia.  In late May, the ACLU Foundation of Georgia, the Georgia Latino Alliance for Human Rights (GLAHR), Coalicion de Lideres Latinos (CLILA), and Georgia Detention Watch submitted specific cases to ICE in each of the four counties currently with a 287(g) Agreement illustrating the harmful impact of the program.

AUGUSTA, GA - From 5pm to 10pm the event will be privately managed. After that period the Richmond County Sheriff Office will take over. On the First Friday of each month, a family-friendly celebration is held in downtown Augusta on Artists' Row; from Seventh Street to Twelfth Street. Galleries and studios remain open on those evenings to debut new works. Arts and craft vendors set up to sell their wares, and music is performed in various outdoor locations. The last First Friday shootings near midnight won't end the festival.
Read more »
Posted by Unknown at 12:06 AM No comments:

Augusta is Not Bankrupt

AUGUSTA, GA - The Augusta City government probably is ethically bankrupt, according to some citizen critics, but financially is "clean" with a surplus of more than a million dollars. The city administrator Fred Russell said that people are entitled to their five minutes of fame, that they are crazy and that they have no clue how the government works.

GROVETOWN, GA – Conservative farmer and State Representative Lee Anderson, candidate for Georgia’s 12th Congressional District, announced on July 16 that he has raised more than $500,000, with over $255,000 cash on hand. UPDATE: Anderson - a farmer politician - will compete in the run-off of August 22 with Rick W. Allen, a self-declared "businessman not a politician."

Bet On It! Jill Stein for President 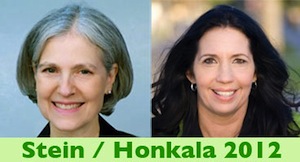 BALTIMORE, MD - The Green Party 2012 National Convention will nominate their presidential candidate Dr. Jill Stein, tomorrow. She is running on a platform called "the Green New Deal" which emphasizes economic justice, tough financial regulation, the repeal of Citizens United "corporate personhood" and a transition to a "green economy." The Green Party expects to be on the 2012 ballot in at least 45 states and plans to spend approximately $1 million on its campaign. Stein is the party’s first candidate to independently qualify for federal matching funds, a milestone for this 11-year-old third party.

This week we joined with an international coalition, including grassroots groups in Haiti, in calling on the government of Haiti to stop evictions from camps housing people who were displaced by the January 2010 earthquake, until there is a comprehensive national housing plan in place.  There are still 400,000 people living in camps, and over one-fifth (82,000) of whom are facing eviction.  In the absence of a housing plan there is no place for people to go. 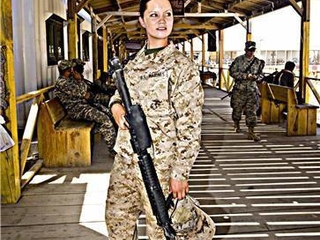 I served as a Lance Corporal in the Marines for over three years. During that time, I was raped twice and sexually assaulted twice more. It happened so often that I assumed it must be normal.


ATLANTA, GA - Warren Hill, a 52-year-old African American man, is due to be executed in the US state of Georgia on July 23 for the 1990 murder of a fellow prisoner. The parole board has denied clemency despite the prisoner having a mental disability serious enough to leave the constitutionality of his execution in real doubt.


Last week a federal judge denied the U.S. Department of Justice’s request for an emergency restraining order to halt Florida’s non-citizen voter purge and said the controversial scrub does not violate federal law. We have managed to keep pressure on each of Florida's 67 County Supervisors of Elections.

AUGUSTA, GA (Karyn C. Nixon) – The Augusta-Richmond County Multi-Jurisdictional Hazard Mitigation Plan has been approved by both the Georgia Emergency Management Agency (GEMA) and the Federal Emergency Management Agency (FEMA) as of June 28, 2012.  The Plan is effective for five years through June 28, 2017.  Both the cities of Augusta and Blythe have previously formally adopted the approved Hazard Mitigation Plan.

The two-party system, Democratic/Republican parties, is trying to end the nonpartisan elections of the few elections still free from their allmighty control. On July 31 the electorate will decide if those elections will be taken away from independent voters. Be aware of the referendums on the ballots.
Read more »
Posted by Unknown at 1:35 PM No comments:

Law and Order in Richmond County

To Be or Not to Be Endorsed

AUGUSTA, GA - Waynesboro Police Chief Alphonso Williams is among those Central Savannah River Area (CSRA) law enforcement executives who believes Capt. Scott Peebles is the "best candidate" to run the Richmond County Sheriff Office (RCSO). Chief Williams announced the endorsement to Peebles campaign for Sheriff representing the Georgia Chapter Region 7 of Black Law Enforcement Executives (NOBLE) which did not have the backing of the national office. 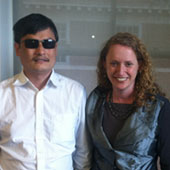 Two months after a Houdini-like escape from house arrest in China, human rights activist Chen Guangcheng walks the sidewalks of New York a free man — thanks to sustained pressure from you and tens of thousands of other Amnesty activists worldwide. Now he urgently needs your help to protect his family back home, which is under threat from Chinese authorities.
Read more »
Posted by Unknown at 4:28 PM No comments:

NEW YORK (JVP) - Jewish Voice for Peace is heartened by the strong show of opposition to the Israeli Occupation by the Presbyterian Church (USA). On July 6, the General Assembly passed a resolution to boycott settlement goods with 71% of the vote, while the evening before divestment from companies that profit from the Israeli Occupation was defeated by a razor thin margin of two votes.

What is next? Shutting down independent bloggers sites without SOPA? Who needs SOPA when  families can be used against free thinkers? Happy independence...Public meetings now are considered policy meetings and subjected to closed doors policies. If you experience some broken links or videos gone, you know why.
Posted by Unknown at 4:46 PM No comments:

The U.S. Transition to Democracy

In the 2000 elections the U.S. Supreme Court ruled that the President of the country was George W. Bush. In spite of all the procedures put in place to have a President elected by a significant amount of people through the Electoral College, nine Americans decided for 300 million people. It was George W. Bush who appointed Justice John G. Roberts Jr., who later became the Chief Justice of the Supreme Court.

With Roberts came Citizens United and the ruling opening the elections to big packets, even of foreign money to "invest" in our electoral process and putting for sale America politics and the elections.

UPDATE: A federal judge on Sunday temporarily blocked Mississippi from enforcing the "abortion-free state" law. U.S. District Court Judge Daniel Jordan entered a temporary restraining order and set a hearing for July 11 to determine whether it should be extended.


"In this case, plaintiffs have offered evidence - including quotes from significant legislative and executive officers - that the act's purpose is to eliminate abortions in Mississippi," Jordan found.

"They likewise submitted evidence that no safety or health concerns motivated its passage. This evidence has not yet been rebutted."

The Supreme Court's ruling in Roe v. Wade (1973) established that the right to have an abortion is protected by the U.S. Constitution, which means that states are prohibited from banning abortions performed prior to the point of viability. Roe originally established viability at 24 weeks; Casey v. Planned Parenthood (1992) shortened it to 22 weeks.

In Mississippi there is only one abortion clinic that services the entire state, and it only performs abortions up to 16 weeks. One strategy used by the anti-abortion movement involves driving abortion clinics out of business, which arguably serves the same function as a state-level ban.

The state’s only abortion clinic filed suit in federal court on Wednesday to stop a law from taking effect that it says will effectively ban the practice in Mississippi. The clinic, the Jackson Women’s Health Organization, said the law, which is to go into effect on today Sunday, is unconstitutional and imposes “medically unjustified requirements on physicians who perform abortions.”

The law says anyone doing an abortion at a clinic must be an OB-GYN with privileges to admit patients to a local hospital. A clinic spokeswoman says the three physicians who work there are OB-GYNs but do not have admitting privileges, which can be difficult to obtain.

Gov. Phil Bryant, who made a sworn to protect and obey the Constitution, says he hopes the law will make Mississippi "abortion-free" state.

The Mississippi Department of Health says it will inspect the clinic on Monday for compliance. If the clinic cannot meet the new state law requirements, then it will have the right to appeal and begin an administrative process that could take several months. But, clinic president Diane Derzis says, employees would be subject to arrest and fines of up to $2,000 a day if the clinic stays open. So, it would essentially be forced to close.