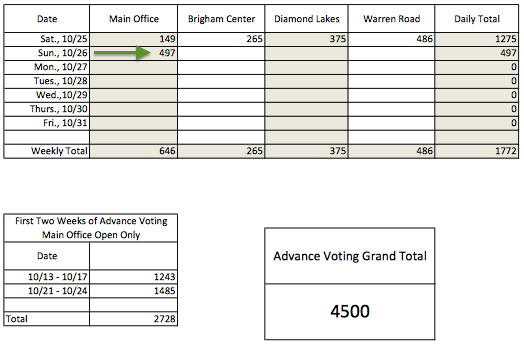 AUGUSTA, GA (Anibal Ibarra) - UPDATE 9/27/2014 - Rick Allen debated John Barrow in closed doors, since the capacity of the place it is so small to fit all the people wanted to participate in it. There was no audio system for the audience outside to listen, either. The Islamic Center rejected at the last minute by Allen and the Morris Communications could have up to 1000 people inside.


AUGUSTA, GA (Anibal Ibarra) - There are two Kings in Spain, two Popes in Rome, and two Mayors in Augusta-Richmond County. Senator Hardie Davis, to be Mayor January 1, 2015, with Mayor Deke Copenhaver until December 31, 2014, will propose to the Georgia General Assembly next year a legislation that will put in office the elected Mayor no longer than 60 days after the election in May. He also defended his vote in favor of HB 386 eliminating the state sales tax on energy for industries in detriment of revenues for local governments.
Read more »
Posted by Unknown at 4:09 PM No comments:


AUGUSTA, GA (PR) — As part of its commitment, GRU will host a Cyber-Education Summit from 10:30 a.m. to 4 p.m., Thursday, Oct. 23, in the J. Harold Harrison M.D. Education Commons on the Health Sciences Campus. Admiral Michael S. Rogers, Commander of the U.S. Cyber Command, Director of the National Security Agency, and Chief of Central Security, will provide the keynote address.

Lots of Homework for Pringle


AUGUSTA, GA (Anibal Ibarra) - The new Superintendent of Schools in Richmond County, Angela Pringle, took a lot of homework from parents. During her second day of listening sessions for the community and faculty/staff parents presented her a variety of ideas on how to make public schools better in the county. The meeting took place at the Technical Magnet School.

Security Breaches Down, Cost Up

While the number of security breaches has decreased, the scale and cost has nearly doubled, according to cyber attacks experts. The overall investment in security as part of total Intelligence Technology budget is increasing across all sectors - even in the most frugal industries. Beyond those alleged spectacular international hackings reported in 2014, some of the worst security breaches were actually caused by inadvertent human error in the United States, not orchestrated in a remote place in Malaysia by a group of cyber terrorists.

AUGUSTA, GA (PR) - In recognition of the Hispanic Heritage Month (9/15-10/15), Goodwill annually launches a Job Fair to target the diverse populations in the community. Also will be provided resume building support as well as interviewing skills workshops in English and Spanish languages.
Read more »
Posted by Unknown at 3:49 PM No comments:

Is Augusta a Senior-Friendly City?

AUGUSTA, GA (Anibal Ibarra) - A request for concurrence with the Augusta Georgia Planning Commission to approve a petition by Mary Kingcannon, on behalf of Joseph Kingcannon, requesting a Special Exception to establish a Family Personal Care Home was denied by the Richmond County Commission. In consequence 3 elder ladies must leave the facility after being in operation for near 5 years without any issues to incommode the neighbors of 3908 Fairington Drive.
Read more »
Posted by Unknown at 5:29 PM No comments:

WASHINGTON, DC (PR) - U.S. Rep. Paul Broun, M.D. (GA-10) today spoke on the floor of the U.S. House of Representatives in opposition to the McKeon Amendment to H.J. Res. 124. The Amendment would authorize assistance to train and arm Syrian rebels to combat the forces of the Islamic State or ISIL.

“Today, 227 years ago, on September 17th, our founding fathers signed our nation’s most precious document – the U.S. Constitution. As we celebrate Constitution Day today, and as the House votes on the President’s request to authorize aid to Syrian rebels and discusses steps to address the rising threat of ISIL – it is important to reflect on the founding principles of this nation.
Read more »
Posted by Unknown at 8:03 PM No comments:

Harris Isn’t Puppet of Anyone in District 7


AUGUSTA, GA (Anibal Ibarra) - UPDATE 9/29/2014: Hap Harris was appointed as Interim Commissioner for District 7 by the Augusta Richmond County Commission in open session. He assured the media he is not "puppet" of Super Commissioner Grady Smith.

AUGUSTA, GA (PR) – The Cinema Series at Georgia Regents University returns Thursday, Sept. 18, with Ida, a film the New York Times called "one of the finest European films (and one of most insightful films about Europe, past and present) in recent memory.”
Read more »
Posted by Unknown at 5:21 PM No comments: 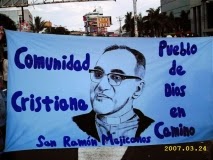 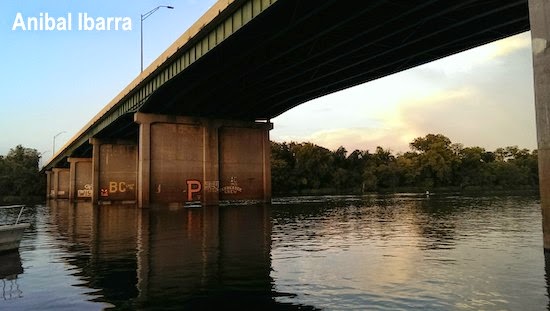 Property Tax Bill is Out 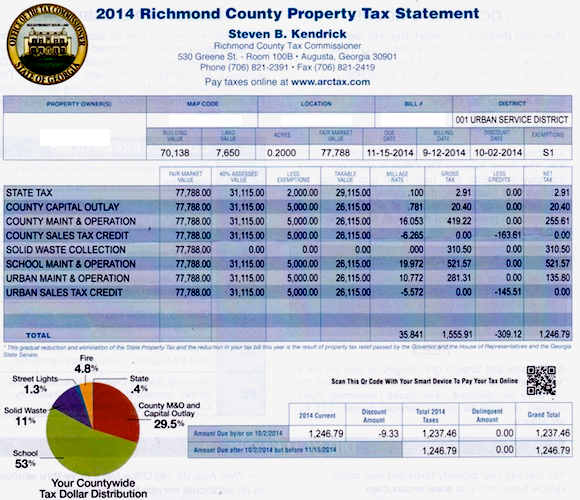 It Takes a Village (Denice Traina) - Although it has been 20 years since V.A.W.A. Violence Against Women Act 1994 declared violence against women illegal, immoral and punishable under the law, women continue to be exploited, abused and at risk of being murdered usually by someone they know. 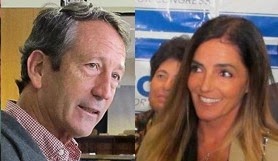 Mark Sanford (Republican), who won election to the House again in 2013 after defeating Stephen Colbert's sister is telling the world that his ex-wife, Jenny, is taking him to court again, the reason why he has decided to break off his engagement to the Argentinian woman, Maria Belén Chapur.

The former South Carolina governor, 54 years old, from 2003 to 2011, was married to Jenny Sullivan (1989–2010). She divorced him after disappearing for a romantic getaway with his Argentinian girlfriend. Sanford has updated his Facebook to share with the public on his latest personal affair. He voted twice against the Violence Against Women Act and is running unopposed for reelection in November to keep his seat in official term.
Read more »
Posted by Unknown at 8:58 PM No comments: 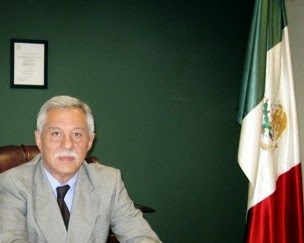 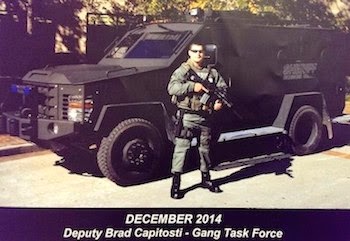 AUGUSTA, GA (Anibal Ibarra) - UPDATE: The contract was approved by the Commission on 9/16.
The Housing Authority is seeking to contract 8 sworn deputies to patrol the 12 housing communities/developments owned and/or managed by the local government entity within the territorial limits of Augusta-Richmond County. The approval of this agreement between the Authority and the county is being delayed due to the resignation of Commissioner Donnie Smith, also Vice Chairman of Public Safety. The committee didn’t have quorum to proceed with the discussion of the item and others on September 8.
Read more »
Posted by Unknown at 8:48 PM No comments:

(PR) - I dare say that none of us will ever forget where we were that Tuesday morning on September 11, 2001, when the world’s turmoil landed squarely on America’s doorstep. We were stunned, bewildered, fearful, and angered.

Early Voting and Separation of State and Church

UPDATE: The Georgia Election Board met to discuss voter fraud allegations leveled against Democrat-backed group, The New Georgia Project.  Following the meeting in which the organization in question was given until September 26 to provide additional information about their registration tactics in Georgia, GAGOP Minority Engagement Director Leo Smith issued the following statement:

Historic Move to Amend the Constitution by the Senate 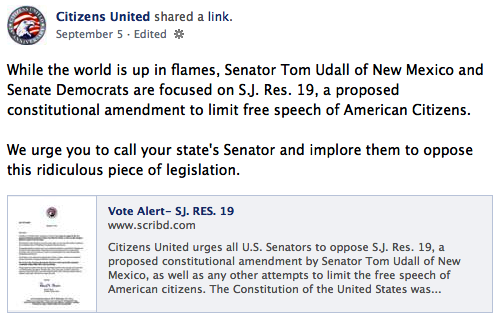 UPDATE: On September 11, forty-two senators, all Republicans, voted no. Udall noted the Republican minority was able to “filibuster this measure and instead choose to support a broken system that prioritizes corporations and billionaires over regular voters.”
Read more »
Posted by Unknown at 12:13 PM 1 comment:

(PR) - The broadband Internet industry appears to be using its relationships with well-known Latino organizations to mislead the Federal Communications Commission (FCC) into thinking that Latinos don’t want Net Neutrality, the principle that guarantees a free and open Internet.
Read more »
Posted by Unknown at 1:16 PM No comments: 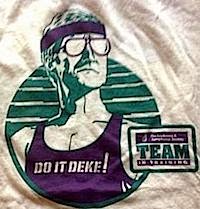 AUGUSTA, GA (Anibal Ibarra) - A survey revealed recently is not very uplifting about the legacy of Copenhaver after 9 years in office. Actually his "report card" is according to the responders of the survey “poor.” Only 659 people from 200 thousand residents responded the online survey, nevertheless probably it represents the sentiment of most who don’t have access to the Internet. 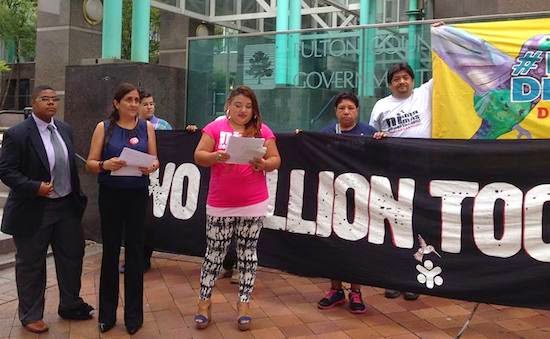 (PR) - Once again, President Barack Obama has reneged on his most recent promise of administrative relief to address the plight of immigrants, with executive action to stop the separation of families and defer deportation of millions of undocumented that uphold the U.S. economy.
Read more »
Posted by Unknown at 1:51 PM No comments:

Should Donnie Smith Resign as Commissioner? 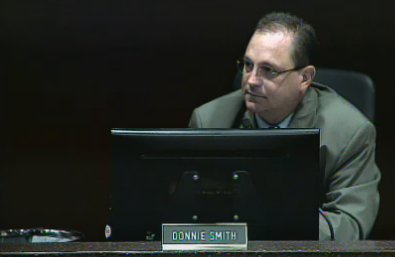 Commissioners to Sheriff: Not One More

ATLANTA, GA (PR) - On Wednesday, the Fulton County Board of Commissioners approved a resolution calling on the County Sheriff to end the county’s voluntary compliance to federal Immigration and Customs Enforcement (ICE) requests to keep people in jail for extra time, otherwise known as ICE detainers, an important element of the failed deportation dragnet, Secure Communities Act (S-Comm).
Read more »
Posted by Unknown at 1:01 PM No comments: 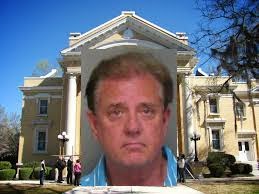 Additionally, Miller entered a guilty plea to visa fraud and wage and hour violations.  United States District Judge R. Bryan Harwell of Florence accepted the guilty plea and will impose sentence after he has reviewed the presentence report which will be prepared by the U.S. probation office.

AUGUSTA, GA (Anibal Ibarra) - Find out about the importance of voting; information regarding voter registration deadlines, your voting options and rules; getting an absentee ballot by mail; absentee voting for active duty military and their dependents, and U.S. Citizens residing overseas; receiving assistance in voting with your absentee ballot, and more. Presentation by Lynn Bailey, Executive Director of the Board of Elections of Augusta. Sponsored by the Hispanic Council of the CSRA and hosted by the Augusta-Richmond County Library.

Turning Water Into a Commodity

DETROIT, MI (Shea Howell) - This week an international for-profit corporation was hired to evaluate the Detroit Water and Sewerage Department. All 4 million customers should be concerned about this move by Emergency Manager Kevyn Orr to employ the services of Veolia Water. Once again EM Orr is making a decision against the interests of the people and laying the groundwork for turning water into a commodity. He has selected a company with a questionable reputation, whose interest is in turning water into private profits, not in protecting it as precious public trust, essential to all people.
Read more »
Posted by Unknown at 1:50 PM No comments:

‘Dancing with the Stars’ Winner to Speak in Augusta

(PR) 7/18/2013 - George Zimmerman, the self-appointed neighborhood watchman, acquitted of the murder of Trayvon Martin, is not alone. In 2012, police officers, security guards and self-appointed keepers of the peace killed 313 Black men, women and children.  Like the killing of Trayvon Martin, 288 of these 313 extrajudicial killings involved unnecessary, excessive force. Yet, only  26 of the killers were ever charged with a crime—that is the judicial system ruled 91% were justified.

Is Worker Ownership a Way Forward?

By Gar Alperovittz - The Market Basket situation is indeed, as many commentators have remarked, nearly unprecedented in the annals of American labor relations: When have we ever seen so many workers protest so vigorously for, rather than against, their boss! (For those new to the story, the New England supermarket chain has been wracked by massive employee protests, organized without any union involvement, after a faction of the family that owns the chain took control and ousted extremely popular CEO Arthur T. Demoulas. The mobilization in support of the former chief executive has resulted in nearly empty shelves and the mobilization of angry communities of formerly happy customers.)
Read more »
Posted by Unknown at 3:00 AM 1 comment: