Doss, Protector of the Electoral Process 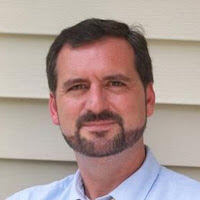 AUGUSTA, GA (PR) - Travis Doss, Jr., Assistant Director for Richmond County Board of Elections will be designated as a Certified Elections/Registration Administrator   (CERA)  the   highest   professional achievement, in ceremonies conducted by the Election Center at The Westin Galleria,  at 12:30 p.m. on Friday, August 21, 2015.

CERA designation is achieved only through a multi-year course of study conducted by The Election Center’s Professional Education Program and completion of twelve core courses taught by the Master's in Public Administration faculty of Auburn University (Auburn, Alabama) ranging from ethics, to voter registration and elections law, planning, communications, and voter participation, among others.

The intent of the  program  is  to  professionalize  the  management  of  voter  registration  and  elections  administration  in promoting and preserving public trust in the democratic process.

“This is the highest designation available to elections and voter registration officials,” said Tim Mattice, director of the Center. This graduating class of 57 professionals takes us to 906 election officials and election vendors who have achieved the CERA status. This is an outstanding accomplishment.”

“Richmond County is indeed fortunate to have Travis as one of the top designated professionals in America. Obtaining and maintaining CERA status means that he has committed to a career long process of continuing education to improve the electoral process in Georgia and the nation,” he stated.

“These truly are the people who make democracy possible,” Mattice said.

“Travis and other CERA professionals serve as the nation’s protectors of the democratic process.  Because of them, Americans have a trust and public confidence in the election process.  They have assurance that the system is fair, free, honest and accurate.  In many parts of the world, their citizens have no faith in the form of democracy offered in their home countries. The importance of what Travis is doing for Richmond County and the State of Georgia is incredible but rarely noticed…unless something goes wrong.”

Travis Doss, an elections official for 20 years, said “This is one of the most challenging education programs I have ever participated in.  We covered the law, and ethical considerations in how to better serve the public.  We also became more aware of how important it is to nurture and care for the democratic process.

“It is my great honor to assure that the public’s will is accurately reflected in our elections,” Doss said. “I see my role to dignify all potential voters and to remove as many barriers as possible to participation in the democratic process.  Our office cannot be responsible for how many actually turn out for each election, but we can certainly be sure that they have the opportunity to vote and have their votes counted accurately.”

The Professional Education Program is sponsored by The Election Center, a non-profit association of voter registrars and elections administrators throughout America.   Its membership is comprised of township, city, county and state elections officials and other election related corporations.  The Center’s primary purpose is education for local and state voter registrars and elections officials to promote and improve the democratic process.

The Professional Education Program was recognized in 1996 as the top continuing education program in
America by the National University Continuing Education Association.

"In my opinion, the elections officials deserve the highest recognition that a community can give.  If they don't do their job well, then citizens have no faith in the democratic process itself.  Without faith in the process, it is almost impossible to believe in government itself – and that is a very large responsibility.”

Mr. Doss is a life-long resident of Augusta, Georgia and lives here with his wife, Katharine and their son Will and daughter Kay.  Mr. Doss is also a graduate of the Georgia Elections Official Certification Program and past President of the Voter Registrars Association of Georgia.  He was also awarded the Francis Duncan Award in 2008 for Excellence in Voter Registration presented by the then Georgia Secretary of State, Karen Handel.
Posted by Unknown at 5:45 PM