According to the IRS (Internal Revenue Service), almost $11 billion in the Advance Premium Tax Credits (APTC) was paid to insurers in Fiscal Year 2014. The Affordable Care Act (ACA) created the new refundable tax credit (at the center of a legal challenge to be decided by the Supreme Court this month). The actual amount of the PTC that taxpayers are entitled to receive is based on their actual income and family size reported on their annual tax return, which can be different from the estimates used by the Exchange to determine the allowable APTC, reveals an audit.

The Patient Protection and Affordable Care Act created a refundable tax credit, referred to as the Premium Tax Credit (PTC), to assist individuals with the cost of their health insurance premiums.  Individuals may elect to receive the PTC in advance as partial payment for their monthly premiums (referred to as the Advance Premium Tax Credit (APTC)) or receive the PTC as a lump sum credit on their annual Federal income tax return.  Beginning in January 2015, individuals are required to reconcile the APTC and can claim additional PTC on their annual tax return beginning with Tax Year 2014.

WHY TIGTA DID THE AUDIT

This audit was initiated as part of IGTA’s (Treasury Inspector General for Tax Administration) continued coverage of the IRS’s implementation of key Affordable Care Act tax provisions.  The overall objective of this review was to assess the status of the IRS’s preparations for verifying the accuracy of PTC claims during the 2015 Filing Season.

The IRS did not receive all required enrollment data from the Exchanges prior to the January 20, 2015, start of the 2015 Filing Season.  For example, the Centers for Medicare and Medicaid Services indicated that it would not send approximately 1.7 million (40 percent) of the approximately 4.2 million Federal Exchange enrollment records to the IRS until mid-February.  In addition, six of the 15 State Exchanges (including the District of Columbia) had not provided enrollment data to the IRS as of January 20, 2015.

In response to the delays in receiving required Exchange Periodic Data submissions, the IRS developed contingency plans in an effort to improve its ability to ensure the accuracy of PTC claims.  However, without the required enrollment data from the Exchanges, the IRS will be unable to ensure that all taxpayers claiming the PTC bought insurance through an Exchange as required. 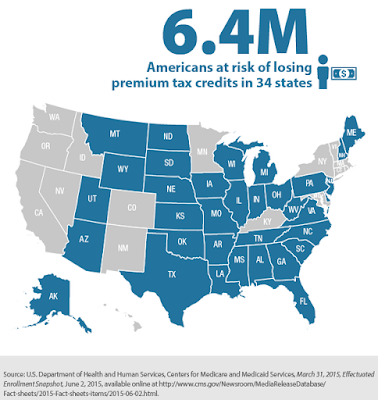 In addition, TIGTA’s review of the Internal Revenue Code and the Department of Health and Human Services regulations found that the guidance does not fully address repayment of the APTC received during the months in which an enrollment inconsistency is being resolved if the individual is ultimately determined to not qualify for insurance through the Exchange.  Such individuals are not entitled to the PTC.

Furthermore, procedures have not been established for the Exchanges to notify the IRS when an individual is determined to be ineligible subsequent to enrollment.

TIGTA recommended that the IRS revise computer programming business requirements to use Forms 1095-A, Health Insurance Marketplace Statement, in conjunction with monthly data provided by the Exchanges to verify claims for the PTC.  In addition, the IRS should work with the Exchanges to establish procedures to ensure that the IRS receives notification when an individual is determined to be ineligible subsequent to enrollment.

The IRS did not agree to revise computer programming to use Forms 1095-A in conjunction with monthly data and partially agreed to work with the Exchanges to identify individuals who are found to be ineligible to use the Exchange.  TIGTA’s concerns with the IRS’s responses to the recommendations are noted in the report.

The Director, Affordable Care Act Office, should revise computer programming business requirements to use Forms 1095-A in conjunction with the Exchange Periodic Data (EPD) to verify PTC claimants enrolled in a QHP from an Exchange before tax refunds are paid.

The IRS disagrees with this recommendation.  The EPD contains the same plus additional information that is not reported on the Form 1095-A, and EPD is available earlier than the Form 1095-A which allows the data to be available in our return processing systems at the start of the filing season.

During the processing of tax returns, the IRS uses the Form 1095-A as a secondary source in conjunction with the EPD.  In addition, to mitigate any delay in receipt of EPD, the IRS developed and implemented a strategy which included contingency plans to ensure the accuracy of PTC claims and to prevent erroneous refunds from being paid.

Our contingency plans include contacting the taxpayer to obtain additional information when we cannot determine whether the taxpayer enrolled in a qualified health plan at the Exchange.

The ACA included a number of provisions that once adhered to and implemented will provide the IRS with the information it needs to effectively identify erroneous PTC claims at the time tax returns are processed.  However, even though the IRS will have the data it needs to identify erroneous claims moving forward, it does not have the tools it needs to effectively prevent PTC claims from being paid.  The IRS can use existing math error authority and electronic filing reject processes to adjust PTC claims when individuals do not provide certain required information (e.g., the individual fails to attach Form 8962 when the APTC was received) or when a mathematical error on the tax return affects the accuracy of the claim.

The number of PTC claims the IRS can examine is limited to available resources.  The IRS Examination function plan contains 36,000 PTC audits.  In addition, the IRS plans to review approximately 75,000 PTC tax returns in the Automated Questionable Credits program for Fiscal Year 2015.  IRS management indicated these numbers will continually be evaluated as returns are selected for treatment and may be increased or decreased as needed.

The IRS included a legislative initiative in its budget requests for Fiscal Years 2013, 2014, and 2015 to obtain authority to disallow tax benefit claims when reliable third-party data indicate the claim is erroneous.  This authority would enable the IRS to more effectively and efficiently identify and prevent the issuance of erroneous PTC claims before tax refunds are issued by allowing the IRS to systemically deny all PTC claims for which Exchange data show the claim is erroneous.

To Be or Not to Be Insured: That's the Dilemma

A letter sent by the HMO March 18, 2015. I have tried to resolve this error without luck. I gave up. 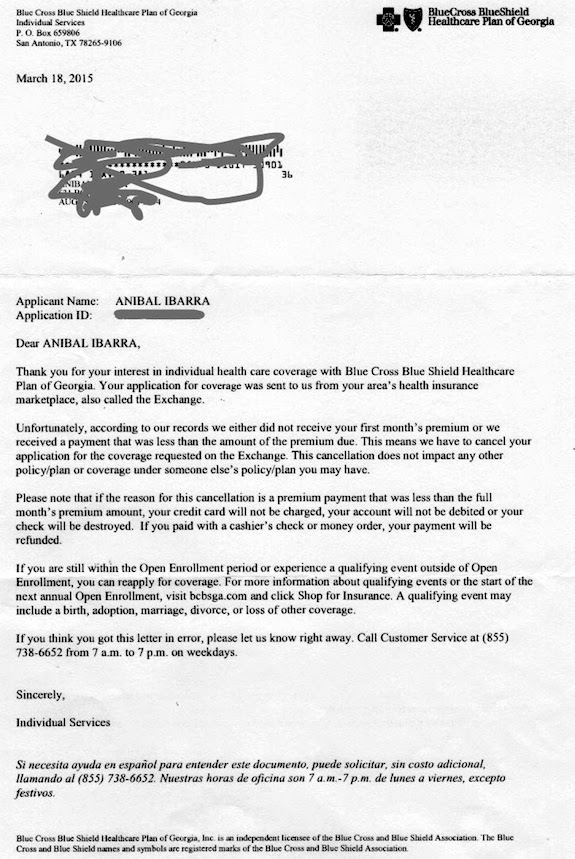 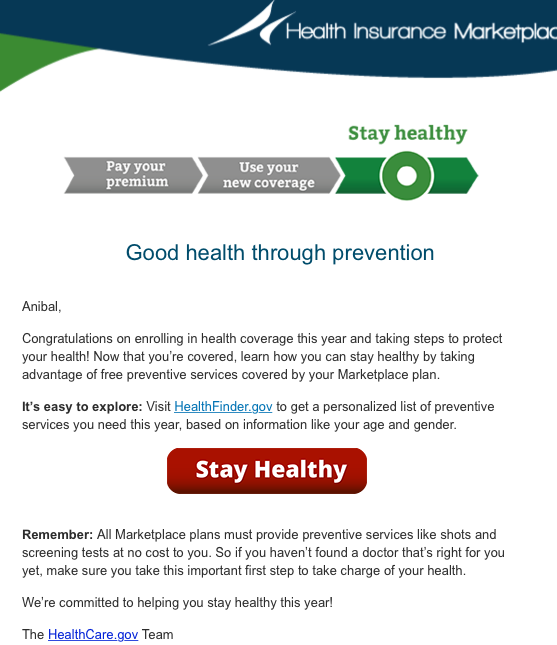 I have never being contacted by anyone, in person, about the status of my case. Any attempt to speak with a person on the phone have being unsuccessful, either with the federal "exchange" or the Health Management Organization.